The old saying goes that if you fall off a horse, the best thing you can do is to jump straight back on! Otherwise, the fear can grow and the horse becomes this insurmountable creature. Any previous enjoyment becomes a distant memory.

Whilst it’s been many years since I’ve gone horse riding, I have achieved my musical equivalent and I’m so chuffed to tell you that I’m sneaking in an extra post this week!

So, as a child, I was pretty musical. I started playing the piano when I was very young and achieved my grade 8. I also had lessons on the organ, trumpet, trombone, recorder, violin and clarinet, and composing was a huge part of my life. I composed everything from Christian songs to a piano concerto (which is where a piano plays with an orchestra). I took part in some UK-wide music competitions in London and played church organs including playing Bach’s Toccata in D Minor at the age of 9. If there was anything remotely musical going on at my school, I was there! Actually, my secondary school was well-known for being musical and it even had piano huts which were sheds that had pianos in them that anyone could play. My head of music teacher, Miss Barker, was brilliant. I loved doing joint productions with the local boys school at the town’s theatre and performing on stage continued into adulthood where I was musical director for two theatre companies. With hubby acting, it was brilliant to both be involved in productions, from murder mysteries to family pantomimes. Now, I know that my blog gets read by people all around the world so if the word ‘pantomime‘ is a new one for you, it’s a very British concept where the audience jokingly hisses and boos at the baddie character, men dress up as women, women dress up as men whilst telling stories of Aladdin, Sleeping Beauty, Cinderella, Snow White, etc. The costumes are bright and loud, and there’s often a song towards the end of the show where the audience joins in. If you come to the UK anytime around Christmas (they tend to be performed in theatres throughout the country from December to February), you might want to check a British pantomime out but don’t be too alarmed if everyone around you is heckling the cast, cheering, etc. I understand that people from abroad can find it quite an experience! 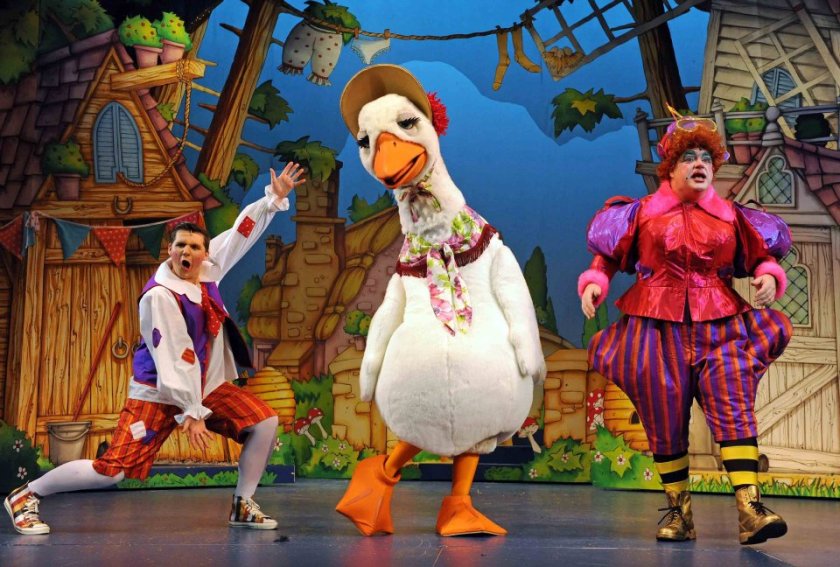 One of my best musical experiences was when I went to the Civil Service College in Sunningdale, Berkshire for a residential management course when I was in my early 20s. There was a beautiful gothic house in the grounds. I’d got there the night before and found the door of this house unopened. I felt as if I was walking onto the set of the Addams Family with lit sconces creating a beautiful atmosphere, a vaulted ceiling, a large stone staircase, etc. and there, right in the middle, was a grand piano! I played for about 2 hours without anyone coming in! Looking back, perhaps I shouldn’t have gone in there but it was amaaaazing!!!

Anyway, about 3 years ago (or perhaps a bit longer than that), I completely lost my nerve and haven’t touched a keyboard since then. We got rid of our digital piano and I thought my music days were behind me. However, over the last few weeks, I’ve been thinking of buying a good keyboard and yesterday, I ‘accidentally’ went to a music shop where I was told that I must buy a full-size Yamaha keyboard with a super sustain pedal! Well, okay, not quite! My fear of playing was so great that I didn’t even have the confidence to try it out in the music shop. I just listened to the shop owner play and then, 10 minutes later, the keyboard, stand, etc. were in my car!

So, I brought it home and could not believe that I still have the music in me. I just played despite not having any sheet music and composed, and it was like no time had passed since my days of performing. 3 years ago, it was the right decision to get rid of the piano but it just goes to show that any previous love for a hobby can be rekindled and you never know….you might still be able to do it!

I hope you all have a good weekend! I’m working in Saturday morning and then, before a night away, I’m heading to a very unusual themed-island in Kent!! It’s going to be one of the bizarre places I’ve ever visited but I’ll tell you all about it on Sunday