First, exciting news to tell you but, last night, I launched a Facebook page called ‘Bucket list for happiness‘ which you’re really welcome to follow and share. Whilst I usually blog on here twice a week, there’s so much that I’d love to share, whether it’s experiences I’ve had, things I’ve got planned, events that others might be interested in, etc. and so I wanted to have a platform to share more regularly. Also, I hope to put across my ethos on my Facebook page that whilst we can’t control everything in life, we do have the power to make things happen, however big or small, and that life is about living it to the most we can. So, please feel free to have a look. As I say, it’s brand new so there’s very little on there right now but I’ll be adding content at least once a day and I hope it’s a place to a) inspire and b) give a platform for others to share what they’re up to. 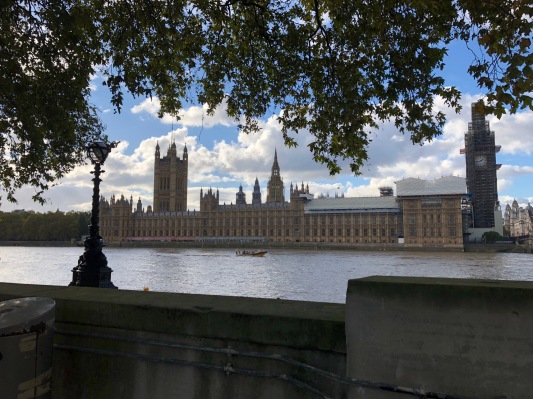 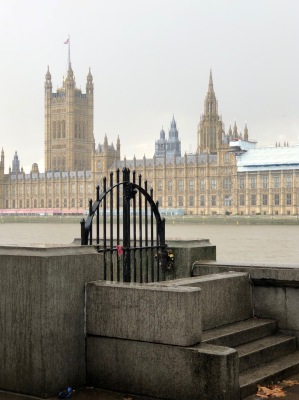 Now, back to the title of this blog. Last Sunday, I had a fabulous day in London and I’ve already blogged about two very quirky places I ate, including the amazing secret cocktail bar where the only way to eat there is to ask to speak to the Mayor of Scaredy Cat Town! In the afternoon, I headed over to South Bank where, after taking photos of the Houses of Parliament from across the Thames, I went to County Hall which is a rather sumptuous building and used to be the headquarters of the Greater London Council until it was abolished in 1986. If you go to see an Agatha Christie play, you would probably expect to go to a theatre but her play Witness for the Prosecution is performed in the actual County Hall chamber so the seats are in a U-shape and all the action is happening right in the middle. The most expensive seats are those for the 12 members of the jury where, after swearing an oath just before the play starts, take an active role. The plot is really gripping with a huge twist that I obviously won’t reveal here and I have to say that these were without doubt the most comfy seats for any play I’ve sat in! It’s definitely worth a trip to London. Plus, right by County Hall are the London Eye, London Sealife Aquarium and the London Dungeons so it’s a vibrant space to hang out at any time of the year. 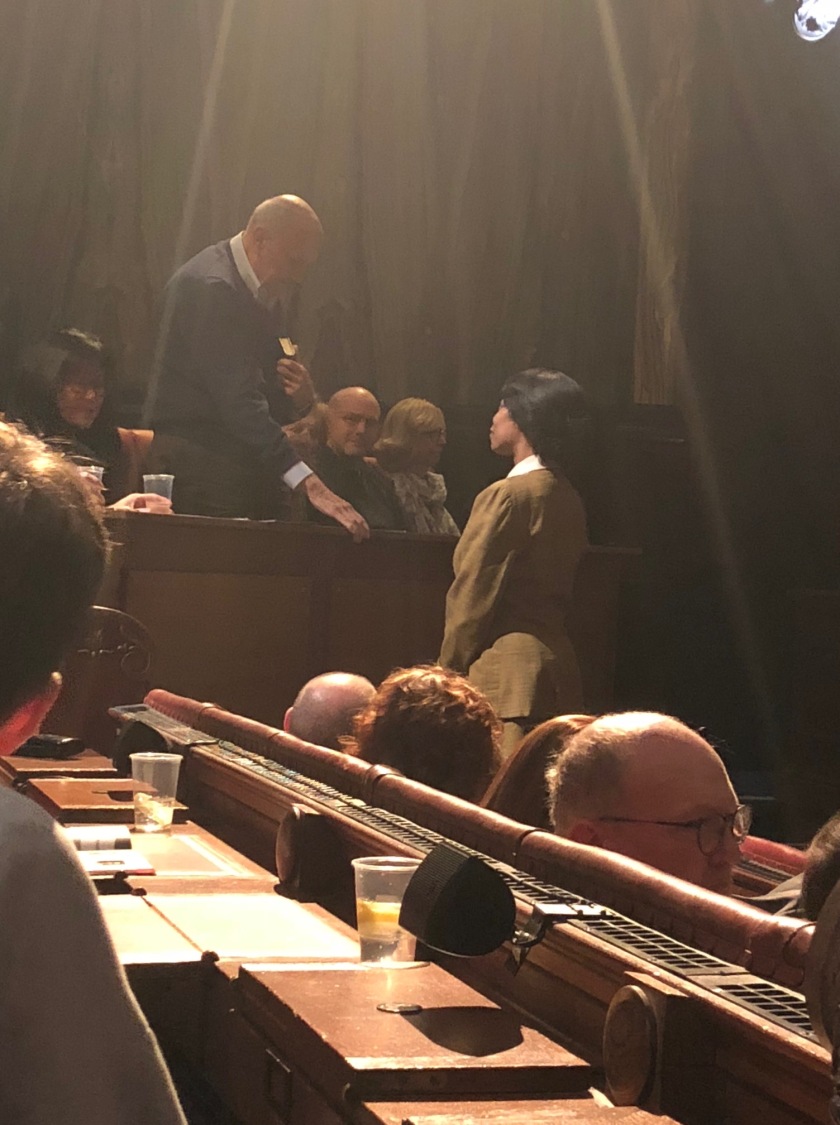 With the clocks going back, I came out of County Hall into a very dark, yet busy London and I headed over to Trafalgar Square which had been closed off for a Diwali Festival. Oh, wow! The square was just packed with people and there was an amazing vibe. There was lots of street food, stunning singing and dancing on stage, places where you could do yoga and meditation, places to get henna tattoos and the night sky was illuminated with the most striking colours. The clothes of the dancers and many visitors were brightly coloured. On the large stage, acts were being announced although I have to say that they’re not names that I recognise but the crowds cheered with delight. In fact, this was the second Diwali festival I’ve gone to as there was a Diwali-inspired festival on the Isle of Wight that I went to a few weeks ago that has either just finished or finishes today. 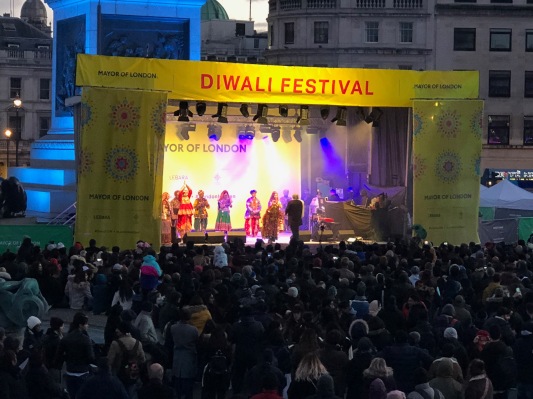 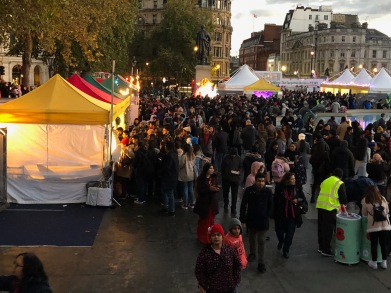 There were two things that I didn’t get round to doing last Sunday in London: a tour around Highgate Cemetery and dinner at the Forrest Gump-inspired Bubba Gump Shrimp Co. near Piccadilly Circus but they’re on my list for next time. Later this week, I’ll let you know about some other things I’m thinking of adding to my bucket list bit hope you all enjoy the rest of your weekend.