What an absolutely fantastic evening! Plan A had been to go to God’s Own Junkyard in Walthamstow, London which is Europe’s largest collection of neon signs but thankfully I phoned ahead as it was actually closed last night for a private party. On the website, it looks as if they do photo shoots there too. So, keen to do something on our date night rather than just stay in, I looked down my bucket list and saw about drive-in cinemas!

Now, I’m not a Star Wars fan by any stretch of the imagination but my husband is and I was keen to go for the experience so we set off to see Solo: A Star Wars Story. This drive-in cinema is in Paddock Wood in Kent (between Maidstone and Tunbridge Wells), and it can accommodate up to 100 cars. Although the sat-nav tried to take us somewhere slightly different, I suddenly saw this humungous screen and knew that that was it! Large cars are ushered to the back and others like mine sit at the front. A quick walk over to the catering unit to order nachos from its rather impressive menu, we headed back to the car.

So, it basically works by tuning into an FM frequency on the radio so you end up watching the screen about 25 metres away but listening to the film through your car’s stereo system! I was expecting much more of a disconnect but you really just think that the sound’s coming out of the screen. And what’s great is that you choose your own volume and, if you really don’t find yourself completely engaged in the film, you can go on your phone! Also, car seats are far more comfortable than a conventional cinema……although it was weird to just turn on the engine at the end and set off home!

As we didn’t book until about 6pm, I’d expected it to be sold out but there weren’t many cars there at all. So, I’ll definitely be heading back and I’d recommend you checking it out: https://www.moonlightcinema.com/.  Looking online, there are also other drive-in cinemas in other parts of the country and some even have usherettes on rollerskates! I read an article about a screening of The Italian Job where many people turned up in minis. Outdoor cinemas are also becoming quite a thing in the UK but my favourite story of an outdoor film anywhere in the world is the screening of Jaws in 2002 where people floated on rubber rings on a lake in Texas whilst drinking beer and watching the film! THIS! THIS is how to watch Jaws! 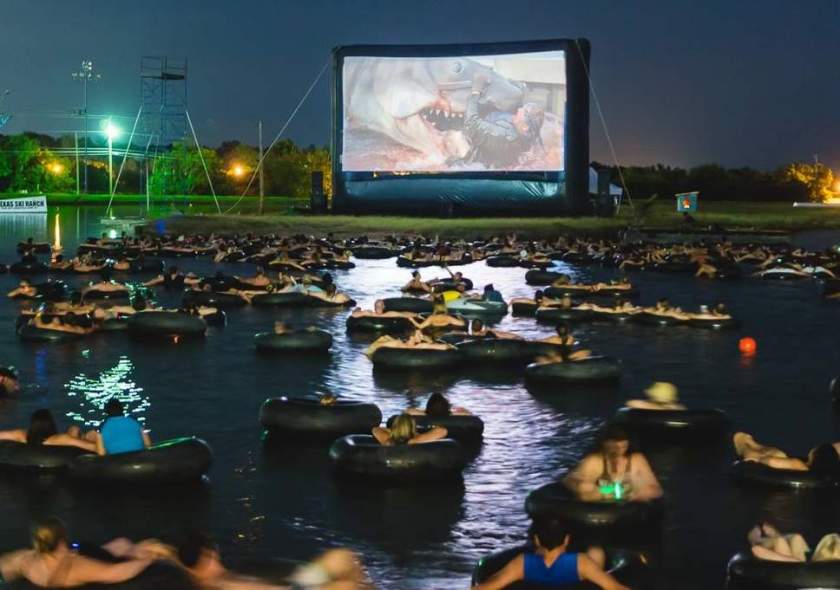 We’ll head to God’s Own Junkyard soon at some point but it was great to still find something else to do. It was definitely a Plan B that worked out well ♥

July has some great things lined up but let’s see what else I can get up to in June. I mean, there ‘re still another 13 days to create memories!