Wow! What a fantastic way to spend the last day of my road trip! I’d already visited Alnwick Castle in Northumberland the other day to see the spot where Harry Potter learnt to fly his broomstick and, last month, I visited the spot in Leadenhall Market, London that was used for the entrance to the Leaky Cauldron. But today was absolutely incredible and I’m so pleased that it exceeded my expectations!

The tour started with a short video introducing JK Rowling and how her book grabbed the attention of film producers, and then this big screen literally lifted up revealing the entrance to the Great Hall! Wow! You could really picture Daniel Radcliffe, Emma Watson and Rupert Grint being there. We were walking on the actual set so I’ll be watching Harry Potter and the Philosopher’s Stone in the new few days so that I can say ‘been there’! 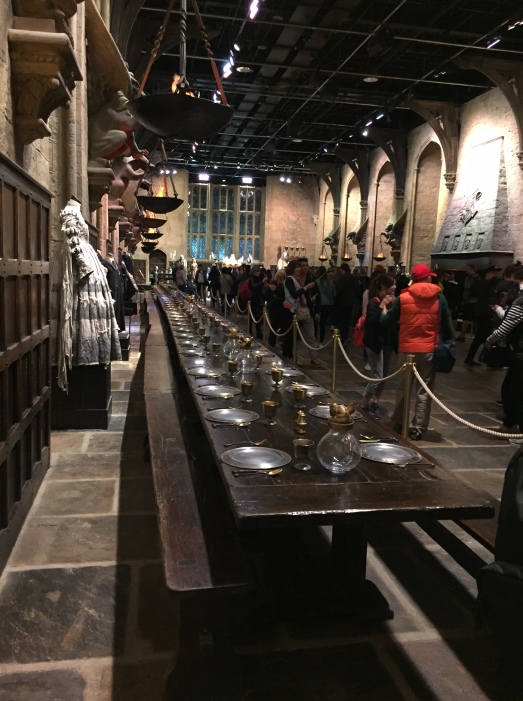 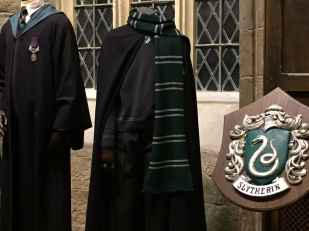 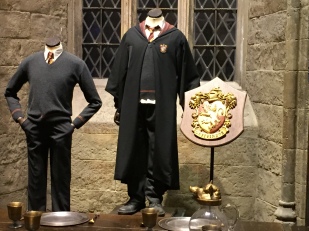 The tour is extensive with so many recognisable props, costumes and scenes, such as Harry’s common room, the moving marble staircase, the portraits, the Forbidden Forest and even the original Hogwarts Express! 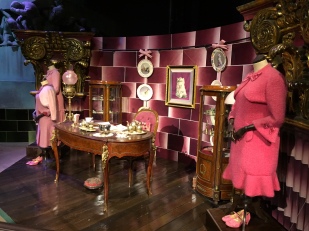 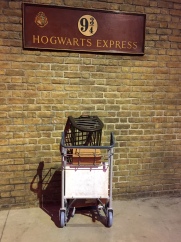 The tour then takes you outside where you see the Knight Bus and Privet Drive, before bringing you back inside. In fact, the two studios used are ‘J’ and ‘K’! I wonder why! And then I found myself at the point that I was most looking forward to: Diagon Alley!, Now, I’d actually got through the tour pretty quickly as once you watch the initial backstory film, you can take it at your pace and so I found myself at Diagon Alley before everyone else. And that felt special! It meant that I could take people-fee photos and it did feel a bit exclusive!

And then there was one last surprise. Going through the art department, you get to see sketches and plans of the props, and there was a smallish model of Hogwarts. Well, you then walk into a large room with a huuuuuuuge Hogwarts model that was so magical! it was used in filming and you can see the extraordinary amount of detail that had been put into it. And then half way round, it shows it at night time, beautifully lit up. I could have stayed there for ages looking at it! 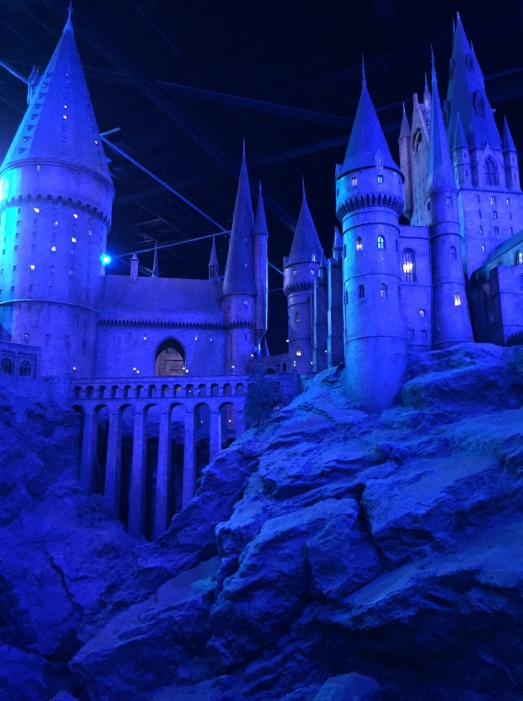 I really cannot rate The Making of Harry Potter highly enough and I can’t wait to take hubby back there. That’s the nice thing that with my road trip; I can then suss things to do again but share.

So, I’m back home and ready to back in the comfort of my lounge but I’ve made progress in covering more English counties. Just see the ‘before’ and ‘after’ photos of my scratch map taken just 6 days apart! 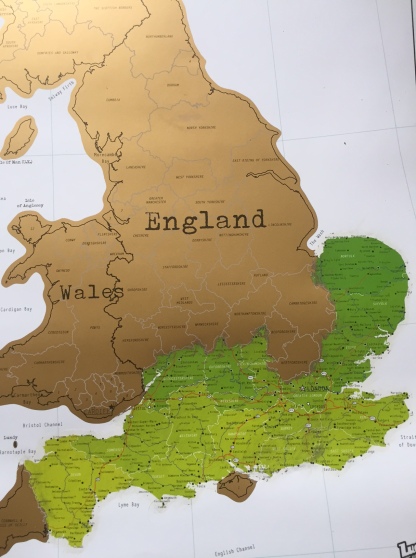 And I’ve got even more planned for this month. It’s back to report writing tomorrow but May is about making memories! Iv’e got at least two more things to tick off my bucket list! Hope you’re all okay and having a good week xx