Last Friday, I was incredibly lucky to go to two amazing iconic places in London that were opened centuries apart and they are, without doubt, two of the most fabulous places I’ve ever been to!

The Sky Garden is at the top of a 34-storey building in the City of London and is the 12th tallest building in London that opened in January 2015. At 20 Fenchurch Street, you might know it better by its nickname ‘The Walkie-Talkie’ because of its distinctive design and whilst I’m sure that many people like me love its look, it was actually awarded the Carbuncle Cup for the worst new building in the UK! In the top 3 storeys, there are two bars, two restaurants, a public viewing gallery and the capital’s highest public garden. You also get 360 degree views of London and, best of all, it’s FREE! 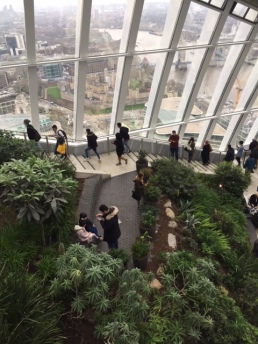 Although I recently went to the Shard which is the tallest of London’s skyscrapers at 95 storeys high, I was keen to go to the Sky Garden as it was featured on the last series of The Apprentice. However, one of the criticisms of the Sky Garden is that it’s hard to get tickets which are released about a week in advance. So, unless you live or work nearby, you’d have to be extremely lucky to find tickets available at a time that suits. However…….I was more than lucky! I put something on Facebook about having difficulties grabbing a ticket and it turns out that an ex-colleague’s husband actually works there so he arranged for me to bypass the public ticket and queue and experience the stunning view. 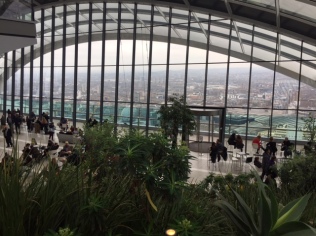 So, on Friday, I found myself overlooking London from far above! As you come out of the lift and into the public gallery, you can climb the 3 storeys that take you up and around the back of the restaurants giving you stunning views and I can completely understand why this would be an incredible place to be at sunrise or sunset. On the windows looking down on the city are transfers that tell you which buildings are right in front of you, such as St. Paul’s Cathedral, The Shard, The Gherkin, etc. I was warned that the prices of food and drink there are astronomical so I had lunch before going there but I’m REALLY pleased that I went and I’d urge you to go too! 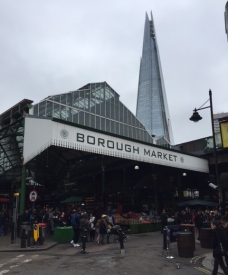 The inspiration for going to Borough Market? Bridget Jones! The market features most in the last film Bridget Jones’ Baby but it seemed to be an attractive market on screen and I was keen to suss it out. Well, as a complete non-foodie, I came away wanting to cook as it offers every conceivable food there! There was even a round of cheese the size of a car’s wheel! I really haven’t been to anything like it before and vibe was amazing. The market is meant to have been around for over 1,000 years and is almost right next to London Bridge train station/underground so very easy to get to. It operates as a wholesale and retail market. It’s hard to really capture the vibe from a bunch of photos but I hope that these show you a little bit about what’s on sale there. I really can’t wait to go back there soon! 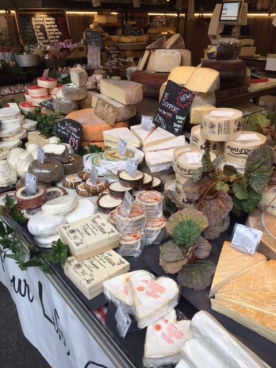 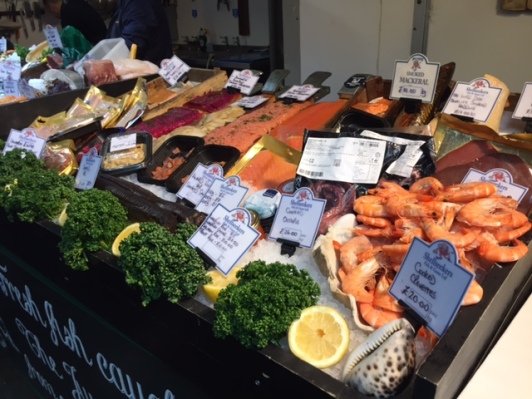 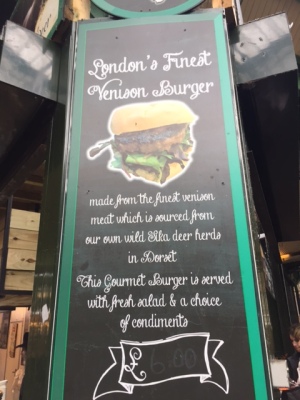